I’m convinced – half because I need it to be true and half because I truly believe it to be true – that every single person has a weird, quirky, controversial issue that has transformed from a molehill into a mountain. I’m convinced everyone has that goofy but passionate pet-peeve that they’d jovially argue about at the dinner table, but for which is also a hill they would happily die on.

I’m not talking about anything of actual significance here: unless, of course, we mention the pet-peeve that is significant to you peeve. But rather I’m talking about unimportant, inconsequential, yet highly debated topics like which way you should load the toilet paper (tail up or tail down), or whether or not you should leave vacuum lines in the carpet when you vacuum. In reality, these things don’t matter at all. And yet someone somewhere feels all sorts of ways about their thing.

And mine has everything to do with driving!

Okay, full disclosure, I’m about to get awfully judgmental, but I need to vent. First off, the left lane is for passing or speeding. Can we finally just be honest about this fact? If you’re not going ten over the speed limit or more, then the left lane just isn’t for you! Second, blinkers (or indicators) really do matter. They’re on vehicles for a reason. We should use them! Lastly, when entering the highway, you should accelerate at such a rate that by the time you’re actually on the highway you’re basically at highway speeds… can I get an AMEN?! Thank you very much!

Okay, okay! I half joke, but I’m whole serious that traffic is a quirky pet-peeve of mine. And maybe pet-peeve isn’t really the best word or phrase. Because it’s not really traffic itself that bothers me. In fact, I quite like traffic. I can plan ahead for traffic and use it to finish a good podcast or audiobook. More specifically, I feel all sorts of ways about why traffic exists in the first place. I’m convinced that somewhere ahead of me, leading the sea of lights, is one person not changing lanes properly, or entering the highway slowly, driving while distracted, or merging at a construction zone last minute (another highly debated controversy) that you and I can never make it anywhere in the metroplex in a reasonable time.

So, you can imagine my frustration when I was racing from one hospital visit to the next a few weeks back. I had an important engagement I had to be on time for, so I was doing everything in my power to get from Grapevine to Lewisville via 121 to 35E quickly. And wouldn’t you know it… traffic. And not just rush-hour, everyone-is-heading-home-at-the-same-time, there’s-a-big-event-in-town traffic. This was one or two semis, hogging the left most lanes, driving ten under kind of traffic.

I immediately began looking for my gap. Planning my escape. I was about to go speed-racer. I was ready to start weaving a sweater on the highway. I had someone to visit! I had somewhere to be! These cars are about to see what a 21-year-old Toyota 4Runner can really do!

And then it hit. Maybe it was the Holy Spirit. Maybe it was divine intervention. I’m not sure what it was, but I can only describe it as a question. And a simple question at that.

“Well, I’ll tell you what the hurry is!” I thought to myself. “Taylor, you literally just preached a sermon arguing that the presence of the risen Christ can be found in three places, one of which is where people are suffering. That’s your hurry! You’re going to the hospital.”

But no amount of self-convincing could excuse the spiritual lesson that was slowing my spirit down at the same time my vehicle was slowing down on the highway: the spiritual life is a lot like traffic. You’re going to get jammed up. People will slow you down. Accidents will happen. But getting to the destination and getting there safely is what’s most important.

In the Wesleyan faith, we affirm a doctrinal belief called “Christian Perfection.” It’s the belief that a person can achieve holiness right here, right now, in this very life. The biblical precedent is that Jesus regularly speaks of the kingdom of God in breaking into our world. It’s a present reality that we can inhabit – if we would but turn toward it, lean into it. Christian Perfection is the destination, full sanctification, full restoration of the image of God in our life. But the journey… well… that’s more individual. It’s personal. It’s distinct. In a paradoxical way, we’re each on the journey together and yet the path we pave is specific to each of us. And how you get where you’re going, arguably is as important as getting there itself.

In other words, after years of driving in Texas and years of trying to follow Jesus, I’m slowly coming to learn that you can fight traffic all you want, but traffic will always win. So rather than rage. Rather than let your blood boil. Rather than dying on a molehill, maybe easing into the rhythm of the traffic can get you where you’re going more quickly – and more safely. 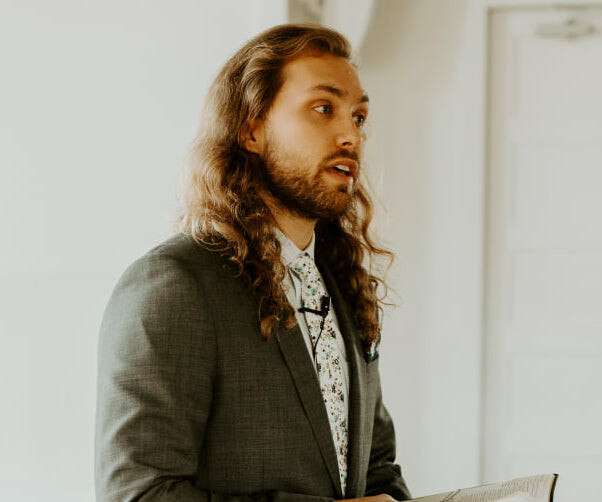 Taylor went to McMurry University, then to Duke. He's married to Katie May Smith and has a child, Lachlan and a puppy Luna. He's a big foodie, loves the outdoors, and can often be found reading a book.

No matter our doubts...Go and Do!

Tricked By A Tree